The brief: To carry out one of the most complex marine engineering projects ever undertaken in the UK in the Bristol Channel.

The client: Balfour Beatty was appointed principal contractor to carry out the tunnelling and marine works.

The works comprise the construction of three tunnels under the seabed, supplying two reactors with cooling water, before discharging it back into the Bristol Channel.

Balfour Beatty’s experts are using state-of-the-art technology to excavate a total of nine kilometres of tunnel, which will be lined with 40,000 concrete segments. The tunnels will be connected to the seabed by vertical shafts more than 40 metres in depth and capped with large intake and outfall heads, allowing sea water to pass through into the tunnels.

To support the delivery of this impressive marine engineering project, every possible risk needed to be identified, prioritised and mitigated. Equib’s team helped ensure that nothing would be missed when the works were underway.

The result: As well as providing complete consultancy support, Equib used a methodology known as ‘front end loading’ to ensure that even the most challenging of risks were addressed at an early stage, while it was still possible to make changes, to mitigate their potential impact. 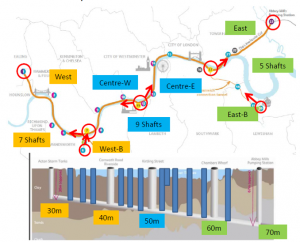